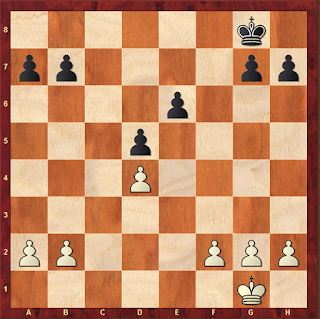 So you guys are ready to learn about the ideas behind the French Defense for both sides? If Yes, then I am ready to share you how to play french defense for both sides. This blog will be useful for both colour. Before I write about plans for both sides I wanna put your attention to the diagram position that you can see in the bottom. Now we saw the structure of French Tarrasch. Now in the bottom I am gonna share plans and ideas for both sides. Plans for White Side: 1) White's main task is to occupy the e5 square and use it as an outpost for his pieces such as knight, bishop, and rook etc. 2) White's task is to stop e6-e5 pawn advance so it will give less play to black's pieces. 3) White can use c and e file for the rook lift purpose for attacking. 4) White can also try to attack with f4- Rf3-Rh3 once you have good control of the e5 square. 5) White can also play positional like in the game I shared in the bottom. Plans for Black Side: 1) Black can try to achieve advance e6-
Post a Comment
Read more

Art of Attack in Chess

Attacking is an essential skill for a chess player to master. Today I decided to share a basic approach to attack in chess. Today's topic is about how to attack when we castle on opposite wings. Answer is of two type: 1. By using your pawns. In chess we call it Pawn Storming. 2. By pieces. So today's game is based on how to attack with pawns if your opponent castle on opposite wing. When we attack on opposite wings then time is money and speed matters. If you slow down then you may lose. So time is money in attacking. Another point is when we attack with pawns then do not worry about sacrificing pawns in order to attack the opponent's king. Just sac them and open the King and mate him. The main task in opposite castle is to checkmate not to play slow or scared chess/ My video lesson will tell you more about basics of attack. Note: Basics of attacking will be shared soon. For more info follow our social media: Facebook Page: Like it for latest posts. https://www.facebook.co
Post a Comment
Read more

Importance of Space in Chess

Today I decided to share a really great game by Carl Schlechter against John Walter in 1905. This game is amazing positional game and teaches us a lot things which I mentioned in the bottom. Important things to remember: 1) How to play against Stonewall Dutch. 2)  Importance of e5 square in Stonewall Dutch. 3) How to handle space advantage. 4) Total board domination. 5) Slow Maneuvering. 6) Restricts the opponent's piece play by using space advantage. 7) Importance of trading our bad piece for opponent's good one. For detailed Analysis do not miss our video lecture on this game. For more info follow our social media: Facebook Page: Like it for latest posts. https://www.facebook.com/Chesslecturess/  Instagram: www.instagram.com/chesslectures Twitter: https://twitter.com/chesslectures Our Blogs:  Currently we are making contents for beginners so you will enjoy it a lot. http://abhinblog.blogspot.com/ Youtube: www.youtube.com/chesslectures
Post a Comment
Read more

Today I decided to write about a study plan for those who are beginners and desperate to learn. Before I start let me ask you something that why you wanna play chess and what are your goals? If you are playing chess for fun that's fine but if you want to become a strong player or titled player then you must have to find your aim and then follow the right study plan. Once you have aim and desire to improve then you can do anything not only in chess but in other fields too. Before you study chess let me remind you that chess is not only a game but it's a battle of two minds fighting on the board. So we can say clearly that it's a strategic game not a game of tricks or traps. It's so sad when I see that on YouTube people write titles such as how to win in chess in 2 moves or four moves and teaches wrong things. I am also a youTuber and yes my title is like that but I only show strategic wins not checkmates in four. So another advice for you guys is don't study traps an
Post a Comment
Read more

A lesson from Grandmaster 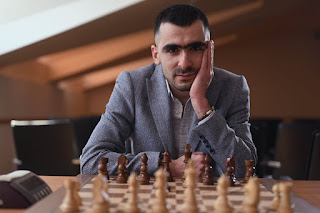 Hi guys, I hope you are studying chess alone or with your mentors so well. As you know I am learning from our co-admin Grandmaster Avetik GM Grigoryan's community called Chessmood . So today I also joined the event (Interactive Lesson) and it was only for Pro Members not for Basic Members. The topic of lesson is shared in the bottom. I was so excited when I joined the lesson because I knew I will learn something useful from there. Topic: Have you ever faced an opponent, who tried to change all the pieces and make a draw? It's very annoying, but how to fight against such players? During the lesson, I will show you a few games and based on them will explain to you how to fight against such "DRAWER" players. How to exploit and them and slowly-slowly, improve the position. Step-by-step. During the session, coach showed us a beautiful game which was played by Nigel short. I became super excited when I heard the story about this game from him. White in this game wanted
Post a Comment
Read more

King is the most important piece in the game of chess. Your task is to checkmate opponent's king with the help of your army and you also have to keep your king safe from opponent's attack. But what if one side try not to focus on King's safety? Then the answer is simple, he will get punishment. As I already explained in the previous lectures that our main task in opening is to control the center , rapid development of pieces , never bring the queen out , etc. But today's topic is most important for beginners to understand because if they ignore their king's safety and if they ignore castling then their opponent will def. try to punish him/ her for violating the basic rules. In the bottom I am sharing the video and pdf so you can see how violation of this concept and how violating the concept of castling will cost you a loss. In the bottom I am sharing the video content and pdf so you can learn from the game anytime! Video: PDF Our Social Media Links so you wil
2 comments
Read more

Hi guys welcome to Chesslectures. Today I decided to write about the importance of rapid development in the opening phrase of a chess game. There are some rules which you must try to apply in your games and you have to understand them by heart. In the bottom I am sharing those essential rules for you. 1) Do not make more than two pawn moves in the opening. 2) Bring your pieces out especially minor pieces as soon as possible. 3) Try to control the center. Check the lesson by clicking here! 4) Do not move the same piece twice if you can not achieve something. 5) Focus on development, do not become a pawn grabber in the opening. 6) Do not bring your queen out. Check the lesson by clicking here! In the bottom I shared the game which I explained in the video and it will be useful for you to study this game alone too. This game is a great example of how to punish opponent who is not focused on development of pieces.  Download Pdf
Post a Comment
Read more
More posts

Chess Lectures
Abhi is an Indian Chess player whose goal is to become a successful Chess coach and help students from all over the world. He loves to share his Chess knowledge for free to anyone that's willing to learn. Abhi has his own Chess Channel on Youtube, where he posts videos and shares his knowledge for free on a daily basis.